Last Sunday morning was D-day for Rudyard Sailability. A call had gone out to all Volunteers to come forward and move out the last of our stock from our dilapidated shed into a winter store, so that the building could be removed to comply with the local Council's Demolition Order. It is planned that we will build a fully-accessible boat store with changing facilities ready for next season. It is a tall order, but, time will tell if we're up to the challenge. 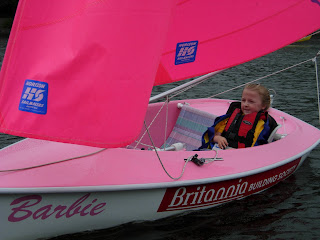 Through the 'monsoon' I could hardly believe my eyes when I saw the designer wellies and smart motors of two of our most hard-working Trustees, and their husbands, skidding through the liquid mud of the lakeside path. They could have been at home leisurely thumbing throuh the Sunday Press, but they had, instead, made their way to help. As it happened, they were the only two Volunteers that had heeded our call on the day. I stood in awe as they wrestled and hauled cobweb-infested bits of Club 'ullage' into their shiny cars. Charlotte Atkins and Anne Morris have worked 'in the background,' legally and politically, over the years for Rudyard Sailabilty - neither of them sail or have a family member who uses our facilities. Between them they have donated many hundreds of hours and many thousands of pounds worth of their expertise to our charity. They are remarkable; they sit on opposite ends of the political spectrum; and yet here they were, saturated shoulder to saturated shoulder giving of themselves to help others. There were no cameras there to capture their contribution and no campaigns to fight - just a job to do - a remarkable testament to their calibre and an astonishing testament to the power of Sailability.

On Monday, once I'd done the 'U' bends at the B&B, I spent most of the time creating a 'clothes mountain' on the bed as I tried to find an outfit that would carry me through my five minutes talk, as a Caudwell Children Ambassador, at the Irwin Mitchell Party Fringe Event at the Conservative Party Conference. Outfit chosen and laden with fortifying talisman, my big sister, Chris, sent an email with such words of love and encouragement that made me feel so 'charged' that I realised that it didn't really matter what I looked like, it was what I had to do that mattered.

Trudi Beswick, CEO, Caudwell Chldren and PR Manager, Ben Sutcliffe scooped me up and drove me to sunny, swishy Birmingham to take up the challenge. I had a strong message to deliver on behalf of Caudwell Children, with just five minutes to do it in. I had to influence the hearts and minds of the MPs present and inspire them to see the benefits of working with the Caudwell Children and to persuade them to see that in such precarious times there is a need for 'working together'. 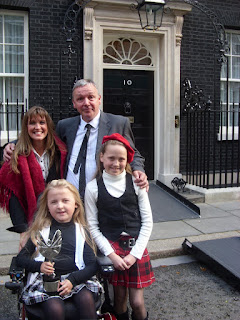 The event took place in a seriously glamourous art gallery, Castle Fine Art, - not at all what I was expecting - with champagne and canpapes. It all seemed rather surreal. I could feel the tension beginning to mount as my slot drew nearer. I began to wonder if I was really equal to the job. Fortunatley, I engaged with a fabulous lady called George from Acorns Children's Hospice who, just like my big sister, filled me with belief that I could do it. The event was filling up and I was pleased to see that amongst the MPs present was our local MP,Karen Bradley, who immediately pledged her support for Caudwell Children.

The first speaker was Anne Milton MP, Parilamentary Under Secretary of State (Department of Health). We were really heartened by her speech, and encouraged to hear that she had been a nurse for twenty years before getting into politics.

Next up was David Strudley, CEO, Acorns Children's Hospice who clearly and carefully outlined the brilliant work of hospices and the need for continued Government support.

With my heart fighting to leave my chest; and my lips welded to my teeth, I took to the podium, wishing I'd written the speech down as I was now sure that I wouldn't get it right. I took a deep breath and, mercifully, all sense of nerves left me and I could hear my words filling the room and could see that they were being well received.

My presentation was based on the well-used "Welcome to Holland" 1987 piece of writing that comfortably and conveniently explains what it might be like to have a child with a disability. Basically, the metaphor suggests that planning to have a child is like planning a trip to Italy, but en route the family are informed that they must go to Holland instead. "Holland" is described as not being a bad place and all the family have to do is to get new guide books and make the most of this place which is really rather quite lovely - not "Italy", but not that bad. Families are informed that they will never get over the pain of not going to "Italy", but they have to live with it, as they will never make it to their original destination.

I have lived with this reassuring explanation for years, taking comfort from the notion that it is OK for us not to go to "Italy", and the audience were nodding with approval at the analogy. 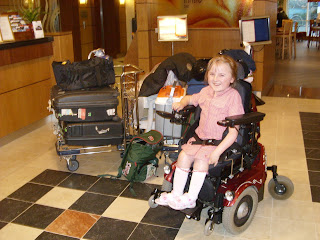 Then I told them that earlier this year I shared the piece of writing with my husband and he said, "My plane crashed landed into Holland." The shock of Rolf's response made me revisit the whole concept that it is somehow acceptable that some famlies must settle for less of a life than others. During my talk I invited the audience to take look at the 'Arrivals Hall' into "Holland", which includes all people from all walks of life, feeling lost, afraid, confused, over-burdened by luggage that was never packed; horrified at the disappearance of a sibling; coping with the absence of a partner and the trying to make sense of the signs leading to Hospice Care, Surgery, Orthotics, etc rather than the usual expected fun-filled destinations. The room was very quiet as it seemed that a new vision of "Holland" was emerging and a myth was being evapourated.

I then told the true story of Tilly's remarkable dream - she was looking for Candice who had wandered off to Italy without her. I recounted how I'd gasped in sadness at this apparent mirroring of our life and then Tilly piped up, "so off I went to Italy and found her!" It was like a light coming on. I instantly realised that Tilly has received the support that she needs from Caudwell Children, Treetops, Home-Start, Rudyard Sailability, etc, etc and she has been re-routed and made it to "Italy". 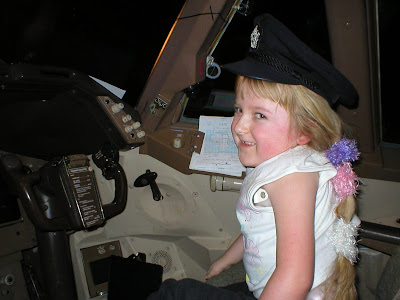 Carrying on the metaphor, I explained that the Caudwell Children have been making their way into the "Arrivals Hall" and managing to get families such as ours to the Transit Lounge and then to the Departure Gate for "Italy". This is an expensive, and unnecessary diversion that needs managing, and is critical if families are to make it to "Italy". Caudwell Children's aim is to avoid these costly 'lay-overs' and arrange for a direct flight, with all the care and support needed, to faciliate a safe landing into "Italy".

I asked if anyone was prepared to join Caudwell Children in such a life-changing 'flightpath' and a resounding chorus of "Yes" filled the room. 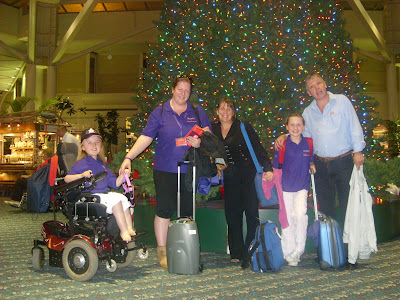 The Charity does not yet have a date in the diary to meet with the Government to discuss future partnership work, but it is hoped that such a discussion will take place. Time will tell.

Since the giddy heights of the Party Conference I've come down to earth with a bump as Tilly has succombed to a nasty tummy bug. Poor little soul has tried so hard to get better in time for the vaious activites planned,such as a Chess Tournament, the School Disco, Swimming and Shopping. In spite of Tilly's best efforts she has spent the last four days in a darkened room, drifting and dozing in and out of consiousness, with the suction unit in constant use. Tilly's breathing does not seem to be affected, so hopefully it is just a matter of waiting until the virus passes. Time will tell.
Posted by Tilly's House at 23:09

Poor sweetheart. Can't believe she's I'll AGAIN. well sounds as though u nailed it at the party conference. I like ur analogy very much, but it's interesting how the disabled 'child' thrmselves dt really feel like that. I've never felt stranded in another 'country' to George, my life's goal being to find him! Maybe that is testament to tilly's determination to do any and every thing the able bodied way. I'm a bit more 'you do your thing. I'll do mine' . Another possible explanation for that though, to my mind anyway, is that my diagnosis came straight away, as, at BIRTH, there was OBVIOUSLY something 'up'. So for twenty seven years, my disability has done exactly what it says on th tin. Which maybe changes your outlook more than I had realised. O well. Sorry, by the wy, that I never made it to the fashion show. And that I never put the call out for storage in the event of your move. I meant to, and noted the date and everything. And then lfe got in the way and by the time I remembered it was too late. Glad t went ok though. All the best. Bonnie xx